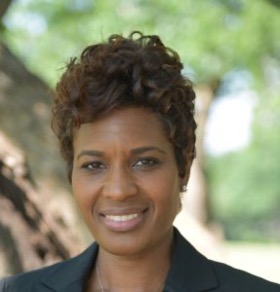 Erica G. Courtney is U.S. Army veteran having served over a decade on active duty in various positions to include military police, scout helicopter pilot, flight operations, paratrooper, and senior staff officer managing hundred-million-dollar budgets, thousands of personnel, and hundreds of contracts. As a trailblazer, she graduated number one in her cadet class, was part of the first group of women to be selected for Cavalry missions and the first to graduate the Advanced Armor Cavalry Course. Erica then left the service to focus on her family, furthering her education and entrepreneurship.  After a six-year break in service, she recommissioned as an Army Reservist becoming an Adjunct Professor at Stanford and Santa Clara University where she was awarded Cadet Command’s Instructor of the year. She was then selected to lead teams to recruit Army Reserve instructor talent in all colleges and universities west of the Mississippi.  Erica then went on to become a NATO trained Gender Advisor (GENAD) experienced in implementing UNSCR 1325 Women, Peace, and Security and a United Nations Political-Military Advisor to the Joint Chiefs of Staff at the Pentagon working portfolios within Counter Threat and International Cooperation. After three years within the J5 International Partnerships, Strategy and Policy section, she served as a Division operations officer spanning seven southwestern states focused on crisis response leading COVID-19 recovery efforts at the DoD and USAR levels as well as integrating over 13,000 Afghanistan refugees during Operation Allies Welcome serving as the Command Action Group (CAG) Officer in Charge (OIC). Currently, she holds the rank of Lieutenant Colonel working with USAR USINDOPACOM dedicated to creating policy and strategy outlining DoD crisis response efforts and strategy with international partners. In the private sector, Erica has owned three businesses growing year-over-year for over 15-years focused on doing business with the government, logistics, and most recently diversity, inclusion, and equity consulting focused on economic and social justice community outreach strategic roadmaps and implementation. In addition to her professional career, she is heavily involved in women and veteran advocacy efforts having chaired Boards, Committees and currently holds public office as a Governor and Senate appointed Commissioner in California representing approximately 20M women and girls. She was bestowed the title of Dame having been knighted into the Order of St. George Canada and the America’s vowing to continue good deeds for military members, veterans and first responders. Erica’s husband also served for the Army and the Coast Guard for 20-years and they have two sons. She holds a B.A. in Communications and an Executive MBA.  Erica has received numerous awards as a military officer, business owner and change-maker.